The Internet Clack Towers - A Tribute And Frankly Good Manners

"A man is not dead while his name is still spoken."

Usually we at Fibre Tiger, tell you how to get the best fibre internet deals in South Africa, but today we are focusing on the other side of the connection.

The websites that you browse on a daily basis are all strung together by what one might call a book of code. Every page of a website is like a chapter of a book. Every line telling its own unique story to search engines like Google, and also displaying something specific to you, the viewer.

An old trend that ties this analogy ever closer amongst the geeks of the world that also happen to be Terry Pratchett fans.

If you are currently operating or administering a web site or server, you can become part of an ever growing larger internet community; even Mozilla.org - Firefox are part of this!; that is keeping the magic and memories of this great author alive - one HTTP Response Header at a time.

In this article we will explain what the Internet Clack Towers are and how you as a business (or really anyone with an active web site or server) can continue to keep the memory of Terry Pratchett alive by simply adding the X-Clack Tower Header to your web server's configuration.

In my opinion, as a non-literary-expert, there are only four great authors.

They are in a predetermined, definitive and decisive order:

Terry Pratchett: Wrote fantasy novels (Discworld) from the point of view of the common man, the exact situation where most of us find ourselves everyday - battling grand enemies like government services, taxations, bad neighbours and unreasonable spouses.

Most 'other fantasy' novels focus on big and flawless heros, their grand quests, while winning over maidens with improbable bosoms (if the cover art is to be believed) or in the worst of cases - 'Teenagers turning into German Shepherds when the Moon is just right.'

Yes, you know who I am talking about - you heathens !

Discworld is a mythical (until James Webb tells us otherwise) world which is a flat shaped disc. (hence the Disc-prefix).

The disc is carried by five great elephants while standing on the back of the giant space turtle Aktu.

The inhabitants of 'The Disc' are mostly living in Ankh morPork, the greatest city on 'The Disc' which is ruled (or guided as Pratchett would say) by the Patrician in a sort of benevolent dictatorship. He spends his time refereering between the many Guilds that make up the social and political fabric of the great city.

One of the most famous Guilds of Discworld is 'The Thieves Guild'.

Yes, crimes like theft are LEGAL in Ankh morPork, but there is a budget.

Every year the Thieves Guild are allowed to steal x-amount of goods.

When you do get mugged, (make sure he or she is a licensed guild member) will take your belongings and write you a proper receipt of the event.

You see, as The Patrician said:

If you are going to have crime you might as well have organised crime !

Oh! And the Thieves Guild are responsible for stomping out any 'unlicensed thieving'.

The Clack Towers Of Discworld - A Simple Way To Send A Message.

In the Discworld series the Clack Towers is a network of Semaphore Towers that resembles the old Telegraph system of communication. It's basically a box with six lights that are used to signal different letters of the messages.

The name "Clacks" is derived from the 'clicking' sound the system makes as signals are sent. 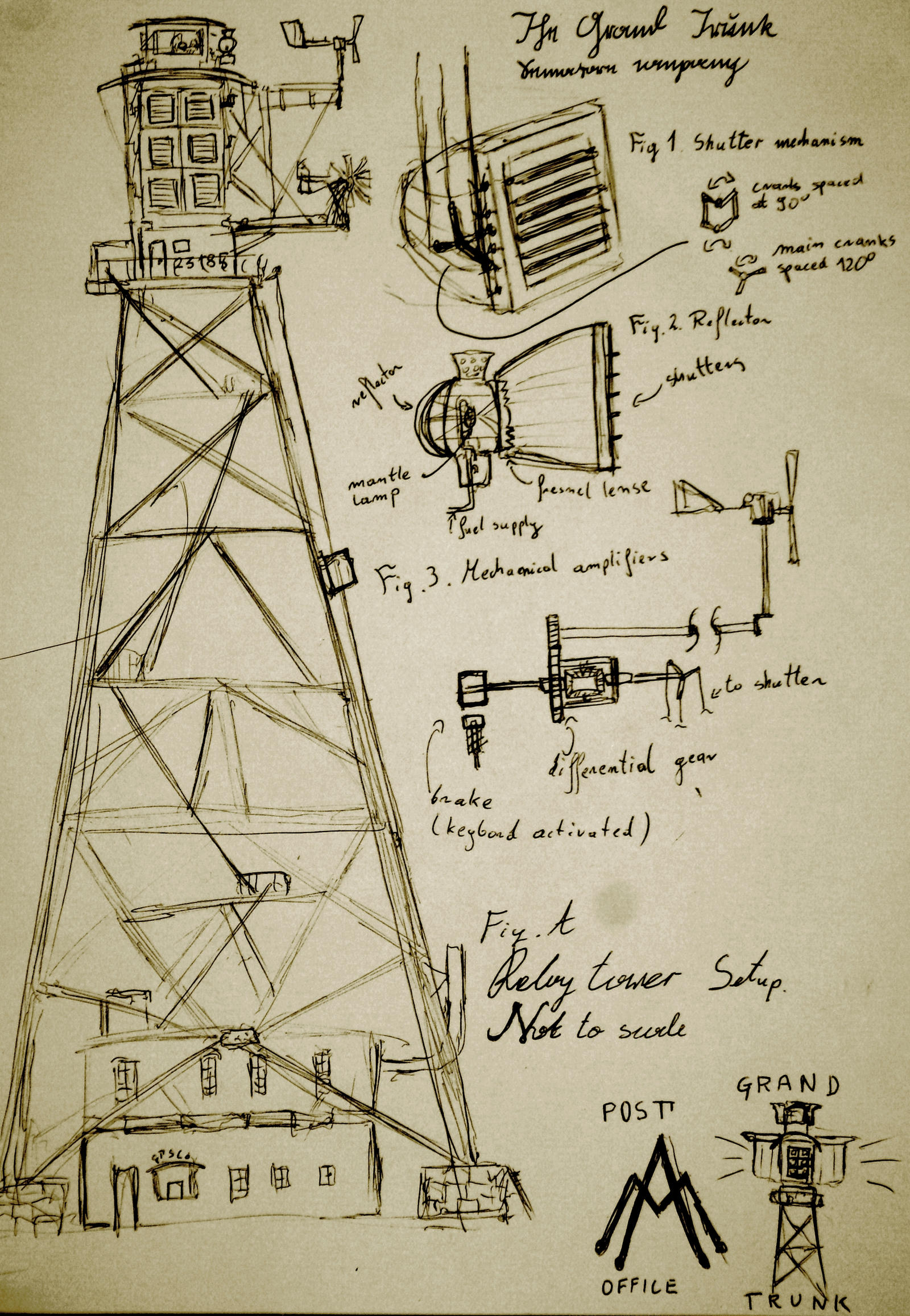 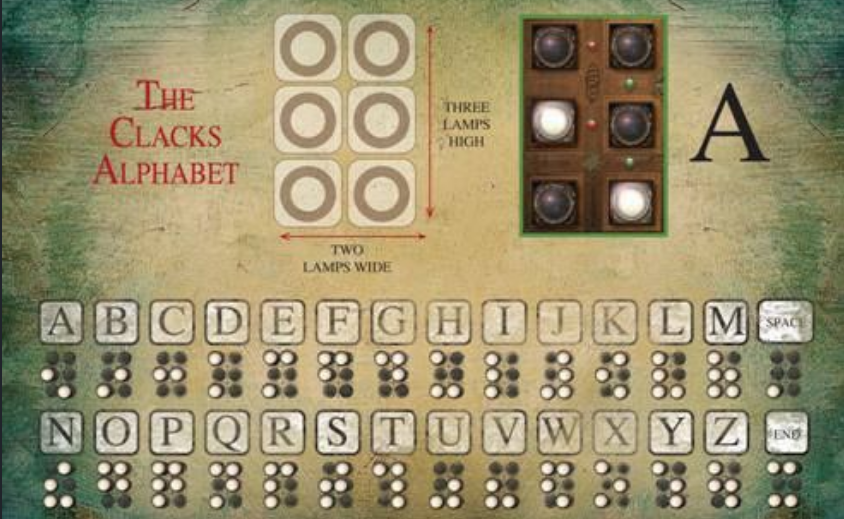 The inventor of the Clacks - a man named Robert Dearheart, lost his only son in a suspicious workplace accident, and in order to keep the memory of his son alive, he transmitted his son's name as a special operational signal through the Clacks to forever preserve his memory:

"A man is not dead while his name is still spoken." https://xclacksoverhead.org/home/about

The Sub-Reddit of Discworld - has come up with the brilliant idea to keep the memory of Terry Pratchett alive by adding a 'special non-invasive HTTP header' to web servers. 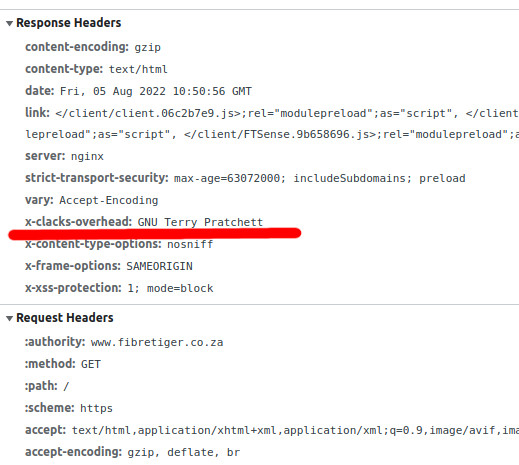 As a casual user of a supporting website you wouldn't even know it is there unless you look at the HTTP request or have one of the many Clack-Browser Extensions to showcase when you are on a Clack-Friendly website !

How To Add The X-Clacks Header To Your Webserver

It's usually a 2 min configuration job provided you have access to your web servers config files.

Below are numerous guides for the common web servers like Nginx and Apache and even Wordpress.

Now you know and are one of the few members of a very special guild indeed.